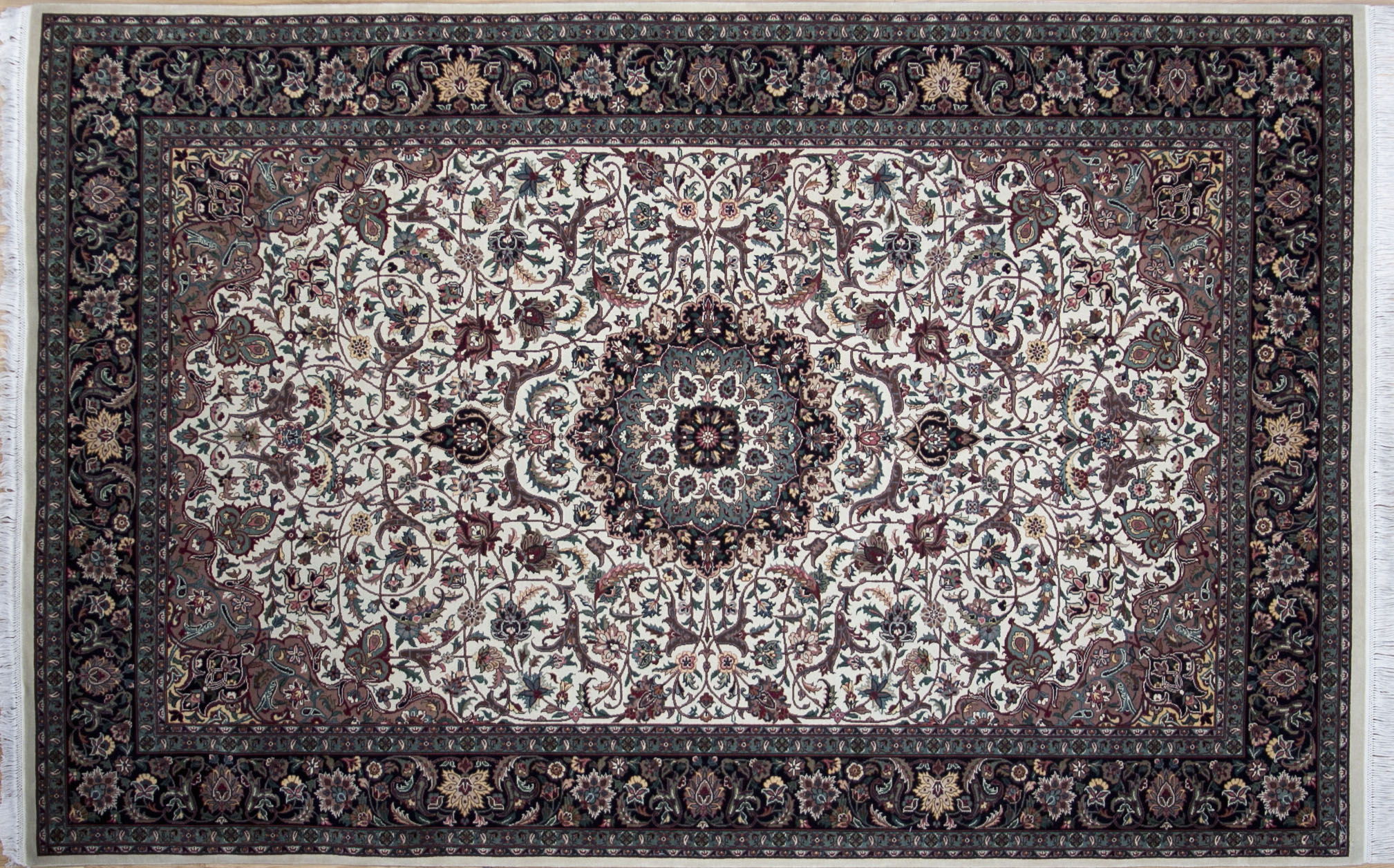 Rugs in the Isfahan design add elegance and beauty to any home. Traditional, Isfahan rugs were made in Isfahan, Iran and were in traditional red and navy colors. Today, the highest quailty rugs in the Isfahan design are made in various parts of Iran and Pakistan with many varying colors. The most famous feature of Isfahan rugs are the “Circles of Eternity.” If you look at the picture below, you will see vines circling around the field of the rug, forming circles that go on for eternity.

Isfahan’s historical role in the arts

Isfahan was the center of arts in Persia during the time of Shah Abbas. Even globally Isfahan was impressive in the art and architecture scene. The world’s largest city square is still in Isfahan and is a World Heritage site. Under Shah Abbas, Isfahan became a global center for the arts in the late 16th century until the Afghani invasion several hundred years later. Today Isfahan has recovered and is still a cultural center for Iran, but it is no where near where it once was.

When you are designing your space, know that an Isfahan rug will want to command the room. These rugs are art in and of themselves! This is great if you want your rug to make a statement. They are not the best choice if you want your rug to fit in with your decor immediately. Some Isfahan rugs lend themselves well to being a piece of wall art. Because Isfahan rugs are made in typically high know counts, they look great as art. Anyone looking at them can look at the front and back and appreciate the craftsmanship and artistry of the weaver. You can drop by Ibraheems today to look at this style of rug in-person!